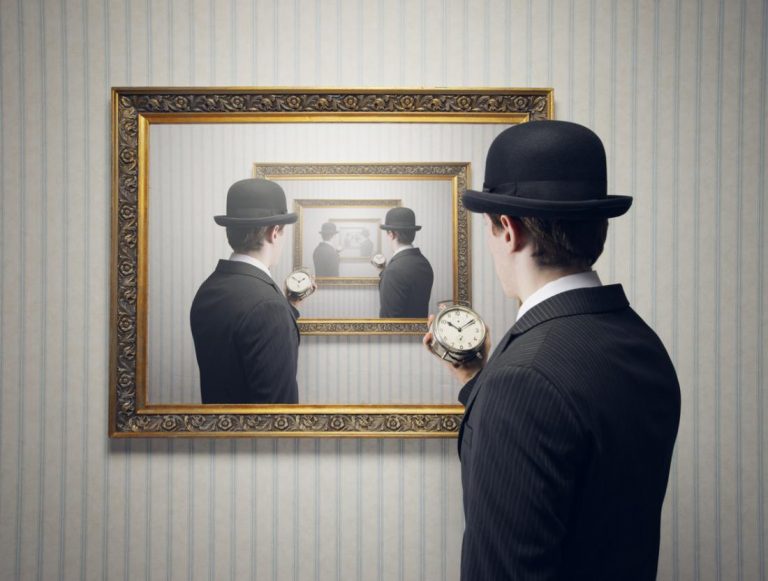 The complete interview with the journalist Marina Jungić, part of which was published in the “Život plus” („Life plus“) section of „Večernje novosti“ („Evening news“ newspaper) (22 April 2018)

Many people claim they have at least once in their lifetime had this feeling that they have already seen or gone through something. What is behind this phenomenon of déjà vu and what causes it to appear? There are numerous theories about what causes it, ranging from the emotions surpressed in the distant past and genetic memory to reincarnation and all sorts of disfunctions. What is true here and what is not?

One of the researchers who have looked into this and wrote a book entitled The Déjà Vu Experience, Alan S. Brown, offers thirty different explanaitions of the phenomenon (and none of them mention reincarnation or genetic memory).

The déjà vu phenomenon is experienced by people without any neuropsychiatric disfunctions or psychological problems, that is, by perfectly healthy individuals and it is a rather common in human experience. In neurology it is known that some forms of epilepsy (the so-called temporal lobe epilepsy with partial seizures) are characterized by these experiences.

In medicine there have been cases of déjà vu being linked to the presence of anxiety-related disorders such as certain phobias or obsessive-compulsive disorder, depersonilazition disorder or some other similar disorders related to anxiety, such as dissociative or even psychotic disorder. (Dissociative symptoms include the feeling of the detachment of oneself and experiencing oneself, the dissociation of body movements and consciousness, or any other kind of detachment of things normally occuring together.)

The theories explaining the causes of this phenomenon are based on various studies. Some of them use observation and description of the feelings in people who frequently experience the phenomenon, while some of them examine it in a laboratory, where the phenomenon, or a state very similar to it, is artificially induced.

Thorough research has produced a theory of “divided attention” – like the situation when we are doing two things at the same time, so we can’t pay attention to both; for example, when the phone rings while we’re going to another room to get something. By the time we reach the other room, we can’t remember what it is we are looking for because our attention has been drawn in the other direction, so the phone call appears to be the first, not the second in the order of events – as if we have confused the order of the events. This theory explains that the same happens in the déjà vu phenomenon – the brain “confuses” what it saw first and it is the thing that actually occured later.

Another theory has a similar stance, stating that déjà vu is a break in the recognition of memories, where the sense of stimulating a memory is separated from the stimulus itself, and this is called the hypothesis of “impaired familiarity of a memory”.

The part of the brain that is the most active in memorizing new data is called hippocampus. Hippocampus is of crucial importance for the declarative (explicit) memory and the process of recollection. It is also responsible for temporal sequencing of the remembered, as well as for the assessment of similarity. The researchers presumed, and it was confirmed in some laboratory experiments, that the déjà vu phenomenon can be most easily provoked by the sense of similarity – that is, by showing the testees certain scenes which have the same elements that are repeated, but in such a way that they are not completely recognizable.

Furthermore, in the vicinity of hippocampus there are structures which are also connected with it and responsible for the feeling and the reaction of anxiety (septo-hippocampal system), and this might explain why people with some sort of anxiety disorder experience this phenomenon more frequently and intensely.

However, in some studies in which researchers monitored brain activity it turned out that the part of brain that was the most active in the déjà vu phenomenon was the frontal cortex (the front part of the brain). This part of the cortex is the most active when decisions are made, which indicates that during the occurence of this phenomenon some sort of decision is being made, or more precisely, a choice is made between the existing options. This helped the researchers realize that during the occurence of the déjà vu phenomenon the brain is dealing with some sort of a conflict. It is assumed that the conflict in question here is a conflict between the accuracy and the mistakes related to the memorized data. This means that the phenomenon is actually the brain’s attempt to compare the data and correct any mistakes in the memory.

And finally, as a conclusion – just as pathophysiological disfunctions of the brain, or rather, neurobiological causes, such as epilepsy, can trigger this phenomenon, psychological disorders, stress, fatigue and exhaustion can set it off too.

How do you explain different forms of the phenomenon: “what we have already heard”, “already visited”, “already felt”, and “already seen”?

Different forms of it that we encounter are explained by the fact that we perceive sensory stimuli with our senses, while our memories are almost invariably a combination of sensory perceptions mixed with the cognitive and emotional rendering of these, the meanings assigned to them and the importance of the experience, which depends on the person’s overall set of beliefs and his or her previous experiences. It follows that memories are rather complex.

Besides, when we’re talking about only one particular memory, research has shown that each time we turn to it, the very process of remembering something changes it a little bit. So, when, for example, we talk about a story we read the day before, and when we talk abot it in a couple of days’ time, or in a few months’ time, or finally in a couple of decades, the memory will differ significantly from the first one.

If we take only these two facts into account, then we see clearly that this phenomenon, too, can have so many variations due to the sensory, cognitive-emotional and empirical processing of the memory. Because of these changes in the memory we can have a virtually endless number of combinations when it comes to this kind of phenomenon.

Is this phenomenon more frequent with younger, or older people, who have more memories and experiences, and more travelling behind them?

According to the studies, déjà vu is more frequent among young people, than among older people, although it has been seen among the very old as well. This is linked to the theory which sees déjà vu as a memory “tester” – it is quite possible that as we age our testing system works less, or that we are less able to notice mistakes in our memory, although it has been proved that there are much more of them as we grow old. The phenomenon is seen in equal measure among men and women.

It is more common among people who have travelled a lot, who are better off, and whose political and social views are more liberal. This is explained with the fact that people who travel more extensively have more chance of encountering sights which may remind them of something they have already seen. People with more liberal views will be more open to uncommon experiences and to exploring them further.

What happens in our consciousness when we feel we are familiar with places and situations which we have never visited or seen before, or when we have a feeling we have met somebody who is actually a complete stranger to us?

In psychological terms, it is much easier to explain the phenomenon of “recognizing” a person than a place or a situation, although there could be some common features in them. The phenomena of “liking” and “disliking” function in much the same way. The only thing is that, when you like somebody at first sight, or when we’re talking about the phenomenon of “love at first sight”, it is really a matter of instant and unconscious recognition.

What you recognize is a similarity which you “read” based on the non-verbal signals. This means that, based on one’s posture, movements, tone of voice and facial expressions, you recognize a similar set and range of feelings, which go with a similar set and range of thoughts and behaviours, as in the patterns known to you from your family. Or it is based on the image of your ideal person, who would be your ideal partner or a friend, or a colleague, etc. And that explains the “chemistry” triggered at first sight. But when this happens, you’re totally unaware that you recognize this similarity.

In the déjà vu phenomenon you are aware of the similarity, but you don’t know where or when you’ve seen it before. Speaking of similar situations, when you take another look at a seemingly familiar situation, and keep in mind that you’ve never been in such a situation before and giving it a context, that is, when you realize what meaning you’ve attached to the given situation, you will became aware that you’ve already attached the same or similar meaning to a situation, although the situation itself may have been different from the present one.

The phenomena of “projection” and rubber – banding, which is actually  “catapulting one’s mind into the past” are known to psychology: these are the situations when you “glue” the people and situations you have experienced before over the people and situations in the present and perceive them in much the same way as those from the past. And again, in this case you don’t feel you’ve gone through this before or been in such a situation before you analyze it.

Some researchers claim that déjà vu is more frequently experienced by people who are better at remembering things and describing their dreams than other people. Sometimes, the clients we work with say they seem to have predictive dreams in which they “saw” the surroundings they were in later on, and which was significant to them. In these cases, those people don’t take into account the fact that they could’ve seen the surroundings in a movie, on TV, on a postcard, etc., so they attached more significance to it than it deserved.

Could déjà vu be connected to our wish for a favourable experience or event from the past to be repeated?

From the psychological point of view, and taking into account everything stated so far, this idea might stand to reason, but the occurences of déjà vu aren’t always pleasant or always unpleasant – they vary, and the fact that they do, consequently, leads us to reject the hypothesis.

Share on FacebookShare on TwitterShare on Linkedin
deja vu