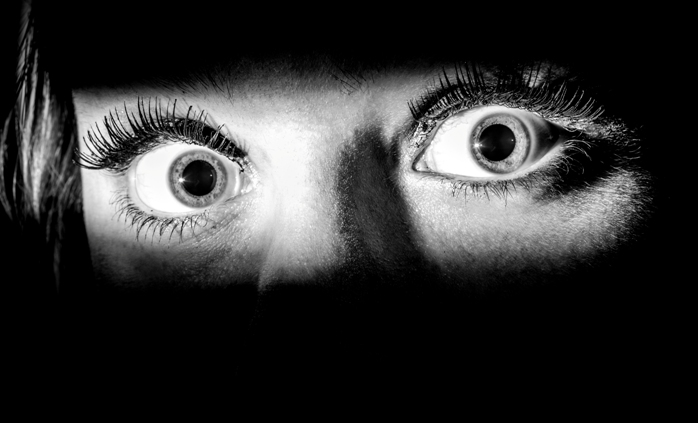 What fears are citizens of Serbia faced with?

Therefore, when we estimate that we are “weaker” than the situation, but that we can escape, we feel fear. The only problem is that when we are afraid of the things we are only thinking about, but they do not happen in reality and we are not even aware of them, it’s like fighting an “invisible” enemy and we cannot even escape them. That’s why it’s very embarrassing and people feel to be at an impasse.

What are the examples from your practice? What do people say, what kind of problems do they have when it comes to fears?

Panic is a fear that we will die very soon, often in a few seconds or minutes, because we are directly endangered by something and we try to find salvation and help as quickly as possible. Most often people believe they will get a heart attack or a stroke or that they will go mad. That’s why they contact emergency medical services most often because they believe they will die if they do not get help on time.

After several attacks and usually after a thorough examination by a cardiologist and a neurologist, numerous reassurances that the person is physically all right and recommendations to visit a psychiatrist, psychologist or psychotherapist, he[1] realizes that he is physically healthy, but since the symptoms continue and are very unpleasant, the person then believes that he has started to lose common sense.

The symptoms include heart palpitations, occasional arrhythmia, feeling that he cannot breathe and that he will suffocate, paleness or reddening, sweating, tingling, trembling and feeling of weakness in his hands and feet, feeling that he will fall and lose consciousness, sometimes that he will urinate or need to defecate, lose control and do something strange…

Agoraphobia is a fear of open space, but also of a place crowded with people or of a place which a person estimates that he cannot quickly and easily exit from. This happens because a person associates panic attacks with the places where they occur and these places are often the above mentioned places. A person then begins to avoid them, believing that these places and situations are the cause of panic attacks, not knowing that the cause is something completely different.

In fact, a person is anxious because of a situation, a problem, etc., which he does not recognize. Any feeling, whether pleasant or unpleasant is accompanied by a physical reaction that prepares us to better adapt ourselves to the situation. However, since we are usually anxious and worried about things that do not happen now and in front of us, but because of some things we think about or remember or we think that they might happen, we are often unaware of this process and therefore we do not know why our body reacts violently.

For example, if you feel heart palpitations or that you cannot breathe and that your legs are trembling because you just avoided being hit by a car at a zebra crossing, your body reaction would not be surprising, because it’s clear that it is normal in the given situation. However, if you are on vacation and sitting on your balcony drinking a morning coffee completely relaxed and your heart “suddenly” starts to pound, you cannot breathe and you feel dizzy – you will think that something’s wrong with you physically. In fact, you are not aware that while you were drinking your coffee, you were thinking about how you must return to work and that was not certain that you would keep your job because your employer had announced the layoff for the purpose of rationalization and cost reduction. It is logical that you are frightened and worried when you think about it and our body reacts in the same way when we are thinking about the circumstances we are afraid of, like when such circumstances actually happen and in that moment.

A comparatively large number of people are not sufficiently “emotionally literate”, i.e., they do not recognize well enough their feelings that are connected with reality, with what we are thinking about, and thus also they do not relate physical reactions to their feelings. Therefore in fact, they only register the reaction of the body other than the process of thinking and feeling that preceded it, which happens very quickly, often in milliseconds. And then they interpret this body reaction as a sign of disorder or illness – because of which they are even more scared, which further enhances the body reaction and creates a “vicious circle” or “spiral of fear”, when a person is more and more afraid, until it finally results in a panic attack, which is one of the most unpleasant conditions that we can experience.

Fortunately, although it is very unpleasant, the panic attack is completely harmless.

The most common problems are related to a bad image of oneself, relationships with other persons or failure to establish them – regardless of whether these persons are parents, children, partners, friends; the problems related to important life events – schools, studies, marriage, pregnancy, divorce, relocation, etc.; the problems related to work – whether it’s unemployment or fear that a person will not have satisfactory performance at his work, occasional fear of illness, etc.

There is a saying – “so many people, so many fears”. After learning how to control panic attacks, it is important that a person should find out exactly why he has certain fear at that particular moment of his life and when it is identified, then we should work with the person on the very cause of fear, other than on the symptoms that cause physical reaction to fear. Then it is causal rather than symptomatic therapy.

Which fear is bigger – fear of illness or fear of losing a job?

Unfortunately, there are people whose job is more important than health, because they feel that they are only worth if their performance is good. But also because the business is related to survival – i.e., “if I lose my job, I will not be able to support myself and my family” – this fear is usually quite strong, especially in a situation when jobs are few and hard to find, as in the situation of the “double crisis” in Serbia – chronic lack of money, unemployment, insecurity, collapsing and fast changes in the value system during the last few decades, plus the global economic crisis.

Do we have irrational fears and what are they?

Fear is reasonable when there is really something that threatens us and when our reaction is to escape to save our life or health.

There are several types of rational fears:

All the fears listed so far are the so-called “sympathetic fears”. The term “sympathetic” refers to the regulation by the so-called sympathetic autonomous nervous system in the body and practically means that adrenaline participates in all these fears, which brings a person’s body to a higher level of functioning and prepares it for active defense and protection. The autonomous nervous system is called “autonomous” because it is not actually under the control of our consciousness, but it autonomously regulates body functions that are important for maintaining life, such as breathing and cardiac action, for example. However, with conscious actions we can influence autonomous regulation to a certain extent – for example, breathing techniques, progressive relaxation, etc., which in turn create the conditions for the regulation systems in our body to obtain information that nothing threatening happens and that they can resume the ordinary regulation system, which is in effect when everything is all right.

There is another type of fear, called “horror”, when a person estimates that his end has come, that he is dying and that there is no salvation – this is a parasympathetic fear when the body applies protective mechanisms like “freezing”, such as when a person urinates, defecates or faints – which is the inherited defense mechanism.

For example, when a predator animal reaches an animal that is its prey, the animal prey can sometimes avoid death by stiffening and dropping like being dead, as some predators do not notice animals that do not move, while some predators do not eat dead, but only hunted animals. Similarly, people sometimes think that their end has come, they react in a similar manner, and/or lose consciousness, because it is an old inherited response (and in some situations such reaction can save one’s life, of which there are records of survivors from shooting, for example – a person fainted although he was not shot and came to consciousness after everybody moved away and he survived).

If in reality a person is not capable enough of dealing with a situation or problem and this is required from him or for some reason he must (and the word “must” is used only when something is really compulsory, and/or when it refers to basic living needs related to survival), then the person will be reasonably anxious. In most cases, however, a person either underestimates his ability, or overestimates the weight and importance of the situation and then he is unreasonably anxious.

Unreasonable/irrational fears are the ones that people most often ask help for.

There are several most common groups of irrational fears, and they are classified based on a person’s (irrational) estimate of what threatens him:

[1] He/she may be used alternatively