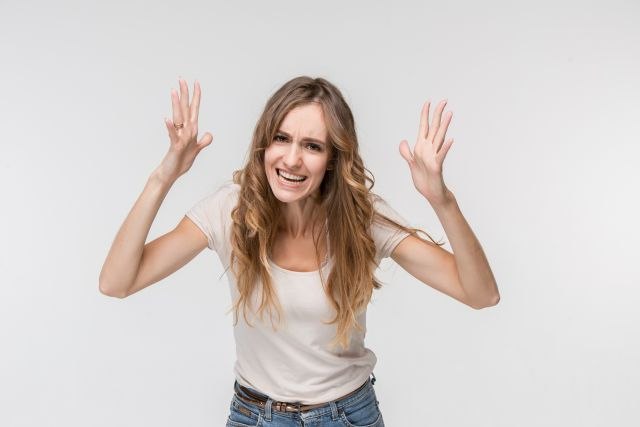 The integral interview with dr Aleksandra Bubera by the journalist Lidija Janković, part of which was published on the portal B92.net on 03.10.2018.

When and what do teenagers not tell their parents about? How dangerous is it when they try to solve the problems they are not up to by themselves? These are some of a number of questions posed when they are at this tender age and quite often parents are not sure how to react. Experts say they need to understand them and talk with them a lot, and if they catch them lying, they should work together to decide what should be the consequences of what has been done.

While growing up our children encounter the first challenges in life, first disappointments, successes and failures, and first infatuations. To what extent should parents be “involved”, or rather, should they insist on the children keeping them updated and how should they react when they realize that their children are keeping quiet about certain things?

Whether our child will confide in us or not is usually determined much before the child becomes a teenager and it depends on the situation in the family, on the family’s function mode and on its cause and effect principles. Children will keep quiet when they believe that they have done something wrong enough to be severely punished or told off, when they are afraid the parents will insult and humiliate them, or give them a beating, when they are afraid the parents will only make solving the problem more difficult, when they are so ashamed of what they have done that they believe the parents will reject them, but also if they have already learned that they can easily manipulate their parents and that it is the best way to go unpunished for what they have done, and which they are aware is inadequate. That is why it is very important to create an atmosphere much earlier where a child can tell his or her parents everything and where nothing is so bad as a child feeling alone when faced with a problem that he or she cannot solve by him or herself. If this has not been accomplished earlier, it is important that the parents start mending the relationship with the children by listening to them and understanding them, by having control over their own reactions, and also by being reasonable and offering constructive criticism when it is needed, in a way that will help the child learn from the mistakes made, instead of feeling ashamed, humiliated, etc.

We are very often surprised to see how quickly our children have grown, or when we hear from them about the things we do not expect to have happened (e.g. their first kiss), so how are we supposed to react? Should we hide our surprise, or show concern about the things happening so fast to them?

If we follow our children closely, similar events will not be surprising to us, as we will be aware what is going on in their lives, who they socialize with, how they spend time, what the current issues in the society are, what other children do, etc., so we will have some idea about what can take place and when. However, if something catches us by surprise, it is no use hiding it, because the children will notice, even if we are good at it, they will know we are surprised. It is also important not to do the opposite and make such a song and dance of it. We should acknowledge our surprise and explain why we feel so, then take some time to digest, take a deep breath, count to… to as much as we need to, and then talk to them calmly and rationally about the event and try to understand what happened and what has brought about the feeling that it is “too soon” for us and “right on time” for the child. Then we should talk and see how to deal with it. Some children need instruction and information, as parents consciously or unconsciously avoid certain topics. Other children need understanding and support in order to understand themselves and their own actions; some are aware of the boundaries. It varies from case to case.

For example, if a teenager is a smoker and the parent finds out, the child promises to quit, but carries on anyway… What should the parent do? How to deal with this kind of situation? What is a bigger cause for concern – smoking or lying?

I cannot say whether parents should be more worried about one or the other, but, the thing is that more urgent is the fact the child is lying to you. Smoking is certainly harmful, but right now lying will cause more significant consequences. That is why you should deal with it first. Does the child tell lies out of fear of the consequences, or because he or she has learned it is the easiest way of avoiding them? In the first case, it is crucial for the parent to amend his or her relationship with the child and for the child to realize that he or she is the most important to the parent and that the parent will do everything possible to understand what is going on and why, and to set the things straight, which includes the child’s understanding that his or her life and health are more important than fitting in the peer group. In the other case, it is important that the child understands that the consequences of lying are usually harder than the ones of telling the truth and that with all the “wheeling and dealing” they are actually doing disservice to themselves and that in the end what they are “getting away with” now will “cost” them a lot more in the long run – whether it is smoking, or anything else.

How far can we go being friends with teenagers, and how much of an authority should we be to them?

Friendship between parents and children is not functional while children are teenagers. This form of relationship is functional when children grow up, become independent and gain integrity, while parents are still in good shape and do not depend on their children. As long as children depend on their parents, parents should pose as authority to them. Which is different from being authoritarian, despotic, etc. Parents’ authority should be fair, emphatic and have clearly limitations.

Our child comes home from a party and we notice that he or she has consumed alcohol. Would banning them from going to parties be a solution?

The thing to do is to inquire about the whole incident and then discuss the situation with the child: what are the rules in the family, what has been agreed on, what are the direct consequences, and what are the further consequences of such conduct. The consequences of such behavior are to be agreed upon together, too. Sometimes it will be a temporary ban on going out, and sometimes something else, which depends on the nature of the transgression and the damage to the child and to the relationship of trust with the parents. The consequence should fit these things. And again, parents are supposed to be fair and emphatic and responsible for having clearly set limitations for this kind of situation too.

What would be the most important advice on dealing with teenagers, what should, and what should we not do with them?

Teenagers are individuals who are no longer children, but are not adults either. They know some things much better then we do – for instance, when it comes to the new technologies they were born into and grew up with. But at the same time, they do not know many things which are to be learned through life experience. We need to be aware of these facts and not to assume the stance of knowing everything better. There are things we do know better, but many parents are confused and terrified by how their children feel in the modern world and how things and relationships function. And it does not help to further frighten children. It is crucial that we avoid the situation where the child is being stubborn, because they will do the opposite of what we tell them to do, even if it is not what they want and they know it is not good for them, only in order to stand up to us, because they believe that we are not fair. That is why it is important that parents hold some authority, but at the same time be protective, informative, leading, understanding, compassionate and set the limits and cooperate with the child from that position.

“Psihopolis” published a very good book by Nigel Latta on this topic – Tinejdžeri (kako im postaviti granice i pri tom sačuvati živce) which has originally been published by HarperCollins as The Politically Incorrect Guide to Teenagers: before your teenagers drive you crazy (2010). Part of the interview is available on the site B92.net.